I was on my way to my garage to shut the door, turn on my car, and end my life. I could not bear
to live with the pain any longer and I had no hope of ever getting better. That was when your
nurse first called me to set up our first consultation.

I’d waited well over one year before your office could schedule me. I had long given up hope. I wasn’t
well enough to travel cross country alone and in my heart I believed that like all the other doctors,
you could offer nothing other than the standard chelators (DMPS or DMSA), vitamin C and
glutathione IV’s, chlorella and mineral supplements.

As you know, you ended up saving my life. I am belatedly writing to express my gratitude. In my
experience you are the rarest of medical doctors: wholly knowledgeable in your field, open-minded,
and compassionate as well.

Before seeing you I had been deathly ill from severe mercury poisoning for over three years. It
was a life of continuous pain, both mentally and physically, and I was dangerously suicidal.

After already seeing many dozens of doctors nationwide, during our first visit, you were able to
answer the many questions I had – I was so shocked by that! I was sobbing in my hotel room that
night because of the hope you gave me. I was thanking God so much for having found you. I felt
that with your help I might now have a chance of making it. You put me on a specific treatment
plan and sent me home. Within two months I was a completely different person!

In each of my follow up exams with you, I went home with an incredibly long and not always so
easy to follow-through treatment program. It was such a long and arduous process to slowly, inch
by inch, get out more of the mercury while strengthening my organs, building myself
nutritionally, and trying to alleviate the many symptoms in the interim. But, not one part of your
program put me through the sheer torture as others did. Each time I saw you, I got better and
better through your treatment program.

Some of the things you suggested made absolutely no sense to me. I remember when you told
me I needed to get my tonsils removed because they were so toxic they were not able to perform
their function anymore and that the mercury in my brain was not able to pass down through the
tonsils, adenoid and throat area as they should.

This terrified me! You said you had seen less than a handful of patients in your entire career that
were so toxic and needed this procedure to get well again… and, that I was one of them.

I then consulted with and was examined by two ear, nose & throat [ENT] specialists. I told them
why I wanted tonsils my removed. Both insisted that my tonsils looked just fine, explained the
difficulty of a tonsillectomy for any adult, but stated they could remove them if I insisted.

I admit that at this time I debated whether I should really go ahead with such an ordeal. I had
made so much progress by this time. But I still experienced some anxiety, insomnia and nervous
system sensitivity, digestive disorders and had a weak immune system. I was frightened that I
wasn’t strong enough for this surgery and painful recuperation period. I remembered you telling
me that I was and that I now should. Up until then I had done everything you had suggested. So
far you were right about everything. When I listened to you, I got better and better.

So, it should have been no surprise that upon waking from the anesthetic, the first thing the
surgeon said was: “Connie, it’s a good thing you got those tonsils removed after all. When I got a
closer look at them and touched them with my instrument, this yucky stuff started seeping out
of them. In all my years of practice, I had only one other case with tonsils as infected and toxic as
yours.”

One month after that surgery I progressed by leaps and bounds. It did not stop there,
unfortunately. At my next exam, you told me that there was still a lot of tissue around the tonsil
area that were still very toxic. You explained about the need for a procedure called Cryotherapy
to freeze/burn the surrounding tissue in the back of the throat, which results in fresh, clean and
healthy tissue re-growth. You told me I would not reach excellent health again unless I had that
done. I needed to totally rid myself of those toxins that were just sitting there, weakening my
immune system and organs.

The only doctor to perform this procedure was in Germany. The thought of handling a long and
difficult trip while I was still weak and coping with other symptoms was terrifying to say the least.
Enduring a frightening procedure, all alone and in a foreign language, was a scary and upsetting
thought. But, I had long since learned to trust you.

I didn’t notice much of a positive difference from having the procedure done and when I next
saw you, you told me it still had toxins there and that I needed to go have it done again and might
even need a third time! I was devastated with disappointment. Only through my faith in you was
I able to face that procedure again.

Just a scant week after the second cryotherapy procedure in Germany, my health started soaring!
I was taking quantum leaps and bounds now. I could feel deep down that I was now really on the
road to recovery…and I was. Next time you looked down my throat you said it was perfect. And I
knew it, too!

During my recovery period, there were several times when my kidneys, liver and thyroid were
struggling to function. You injected these organs and glands with an agent that would stimulate
and improve their function; a procedure other doctors knew nothing about. The first time you
suggested this, I was a bit concerned. But I knew you knew what you were doing, even if I didn’t!

Every time you did, I noticed an improvement in their functioning, followed by a lessening of my
symptoms.

There were a wide variety of other “unusual” and “unheard of” by other doctors, treatments,
products and therapies that you recommended. One by one by one, I did each and every one of
them and as a result, each and every time, I got better and better.

Your thorough understanding of how to successfully treat mercury toxicity and its related health
conditions, symptoms and all health challenges imaginable, is nothing short of miraculous.
Since I am, perhaps, the most highly mercury toxic person ever to survive, recover and actually
thrive, I stand as living proof to all others that there is good reason to hope. No one needs to feel
doomed or hopeless! There is a way out if given the right knowledge!

I also heard some fascinating stories from your other patients – each as miraculous as mine! One
mother was sitting with her 42 year old daughter who had autism since she was a young child.
Her mother said that in six months of your treatments her adult daughter was cured! She was
now just fine! I spoke to her daughter myself. She appeared to be a completely normal, healthy
person.

Another time I spoke to an older couple. They were one of the few people I spoke to that lived
locally and were seeing you for a checkup. They told me how their daughter, now in her forties,
used to have Multiple Sclerosis (MS) and had been in a wheel chair for seven years, and was close
to dying when she first saw you. She has not needed her wheel chair in years now and she is
completely well again. She has since had two beautiful healthy children! They explained that
most of your treatment was detoxifying her from mercury.

Another woman I spoke to had breast cancer when she first saw you seven years earlier. She was
in her final stages and her doctors had given up on her. She went to cancer clinics, holistic clinics
in the United States, Mexico and Europe. By the time she saw you, she knew there was really no
hope for her. That was seven years ago and she is now completely well, without cancer and seeing
you for a simple annual checkup.

I know these are not typical results of such diseases. But they appear to be the typical results of
the patients that I found in your office waiting room. Other doctors and specialists have little or
no understanding about your type of knowledge or the treatments you offer. I know why. You
are a physician born before your time. Your knowledge and insight make you beyond a gifted
healer. You are a medical savior.

I know you understand how horrifying and torturous the symptoms can be when someone is
mercury poisoned. There is only one thing worse than dying way too young. And that is living way
too long; living a life in agony and pain, dying so very slowly. You saved me from both and I will
be forever grateful. I bless you with all my heart for giving me back my life. My family, friends
and dogs thank you.

I hope you continue to teach other doctors and health practitioners what you know so that more
people can benefit from your work. I certainly consider all that I learned from you as “priceless”.

With my deepest gratitude & Best Wishes, 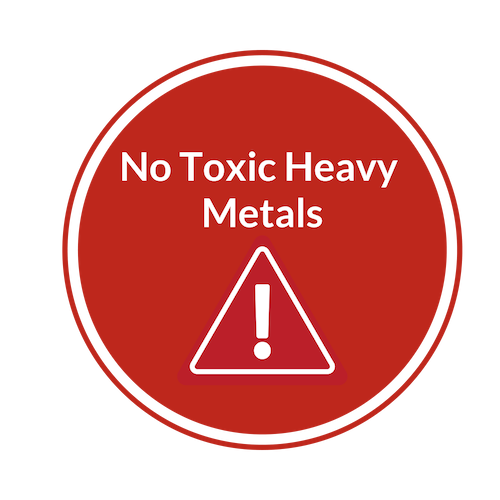 Are You Heavy Metal Toxic?

This 60-second quiz may help identify signs of metal toxicity.
👇👇👇 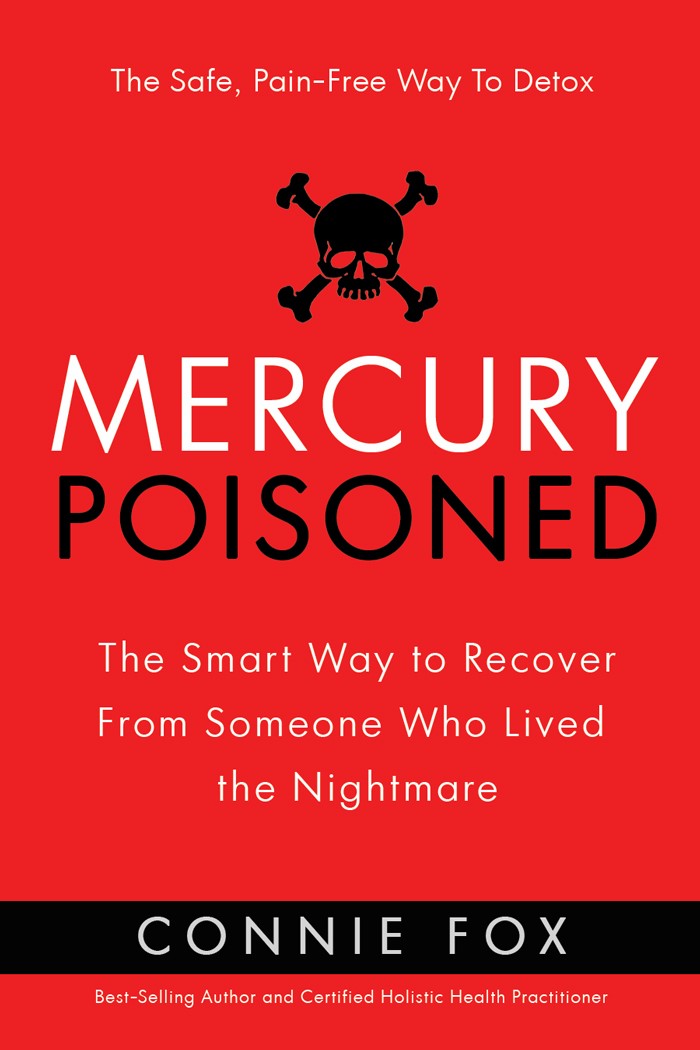 We periodically send out helpful information to recover from heavy metal toxicity.